Shades of the Southwest 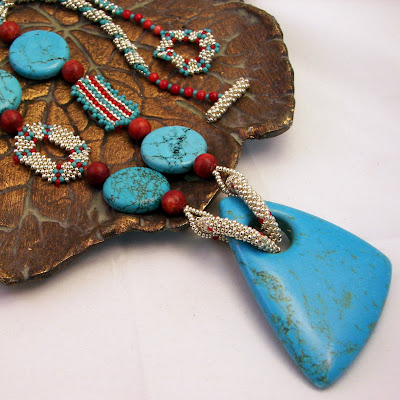 I love silver. I love turquoise. I love silver and turquoise accented with coral. I love Southwestern style. So it was only natural that my entry in the August Etsy Beadweavers' challenge be a Southwestern style design done in turquoise, silver and coral. The large, chunky freeform turquoise pendant was another of my finds at the farmer's market where I purchased the turquoise square donuts. As soon as I saw it I knew it would be the focal piece for my challenge entry. Since the pendant was asymetrical, the rest of the necklace evolved asymetrically as well. I'd like to think that with this creation, I've put my own little spin on traditional Southwestern style.

Posted by beadsandblooms at 7:40 PM 3 comments:

All in a Weekend's Work 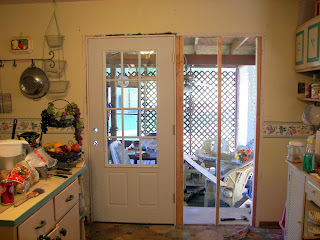 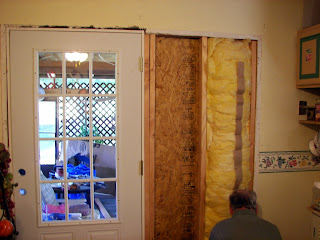 Yes, I know the weekend's not over, but I feel like I've done at least two days work today. I decided to replace the sliding glass door that leads from my kitchen onto my enclosed patio. The door has always been leaky and takes up a lot of wall space that could be put to better use. So having no other plans for the weekend, my boy friend and I decided to tackle the project. Thanks goodness he's one of those guys who knows how to do all that stuff. I hate to think how many projects he has done for me in the last ten years; painting, remodeling the basement, vinyl siding, electrical work, plumbing, if it has to do with remodeling or maintaining a house, he's done it! Anyway, back to the door re-do. The first thing that had to be done, of course, was removing the old door and getting it out of the house. The original installers must have used twenty tubes of caulking putting in this door! We finally got it loose and then the fun began. This door was extremely heavy and had to be taken down three steps, across the patio, out the patio door and across the back lawn to be loaded into a trailer for disposal. We used two pipes to roll it on and it must have taken half an hour. Once it was out, though, the rest went together relatively easy. We got the new door squared up, and then Steve framed in the new wall, insulated it and hung the sheetrock. I was the go-for for the project after we got the old door out, but I did install the door knob and dead bolt by myself. It's still got a ways to go. Steve is such a perfectionist when it comes to finishing sheetrock. Since the kitchen is kind of a mess right now anyway, I'm going to go ahead and scrap off the old ceiling texture, have him re-texture and give the walls a new coat of paint. I think it was a good decision to replace the door. I'm liking the way it looks and even discovered an added benefit. It makes the house a lot quieter and I can't hear the annoying barking dog next door any more! 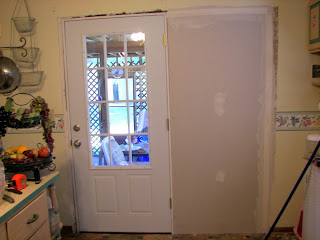 Posted by beadsandblooms at 8:25 PM No comments:

One of my earliest jewelry memories is receiving a silver and turquoise bracelet when I was probably 7 or 8 years old. My grandma and grandpa had taken a vacation in Colorado and brought the bracelet back to me as a gift. They always brought us some little trinket back when they went on a trip. It was a little narrow cuff style bracelet with small turquoise cabochons glued across the top. Oh, how I loved that bracelet, not only because my grandma picked it out for me but because it had turquoise and that's my birthstone! I finally outgrew it but I think I still have it packed away in a box with other childhood mementos. But the thing I've never outgrown is my love for turquoise - blue turquoise or green, doesn't matter. So I am always on the lookout for turquoise to use in my jewelry designs. Some of my best designs, I think, I've done with turquoise.
A couple weeks ago, we went to a farmers' market and I found a jewelry supply vendor with a lovely variety of turquoise. I purchased some beads, a large odd-shaped pendant and some open square donuts. The pendants and donuts are reconstituted turquoise, but turquoise nonetheless. I couldn't wait to get home and start playing with designs. The first I came up with was a bracelet using the square donuts. I linked the donuts with bands of beadweaving using metallic silver seed beads and small red coral beads. It's got that classic southwestern look, which I will always love. 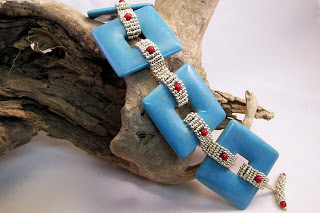 One of the donuts I bought had been drilled to use as a pendant and I wanted it to coordinate with the bracelet. So I used the same metallic silver seed beads along with turquoise and red seedbeads and beaded a shaped, open square in peyote stitch to hang the turquoise donut from. I wanted the chain to be very metallic looking with touches of turquoise and the coral beads. I stitched it in herringbone for a sleek, shiney look. The clasp is a repeat of the peyote stitch square. And of course to complete the ensemble, I had to make earrings to match! 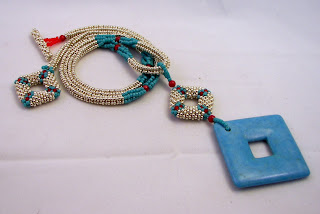 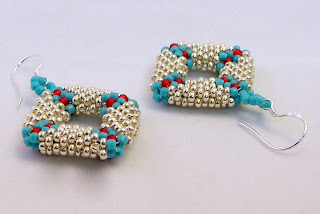 Posted by beadsandblooms at 8:28 PM 9 comments:

Do you ever have those "what if" moments? I have them a lot when I'm beading and sometimes my best creations evolve from those moments. Lately, I have been infatuated with shaped beadwork. Ever since I bought Diane Fitzgerald's book, I have been enamored of these little geometric jewels. The open shapes, especially, fascinate me and I have started using them on many of my designs as toggles. I like the solidness of them for clasps because that's a very desirable quality in a clasp. I also like using the shapes for earrings and have just listed a couple pair in my Etsy shop. It was while I was stitching those earrings that I had my "what if". Before you zip the two sides of the shape together, there is a furrow (that's farm country speak for trench) around the shape formed by the two sides. Kind of reminded me of an open pea pod. Which is probably what inspired the what if. Anyway, what if I made one side one row shorter and instead of zipping the sides together, filled that furrow with larger beads - like the open pea pod? Yeah! What if? So I tried it and I liked the results. I was going to make another set of earrings, but in a second what if moment, I thought, "what if I just hung this from a simple chain or satin cord as a pendant?". So I tried that and like it too. Here's the result of all that what iffing. Let me know what you think. 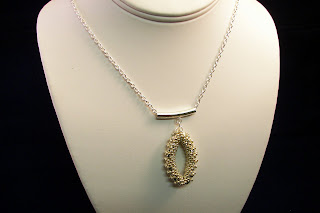 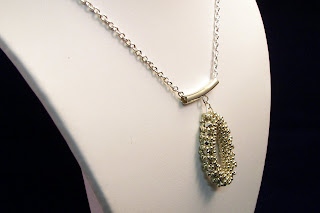 Posted by beadsandblooms at 6:31 AM 4 comments: 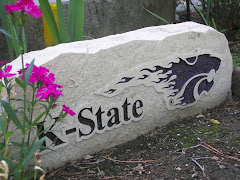